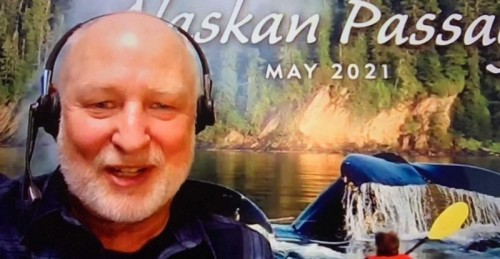 Captain Dan Blanchard, CEO of UnCruise Adventures; Mike Dunleavy, governor of Alaska; and Beth Weldon,mayor of Juneau teamed up yesterday to explain why Canada’s decision to ban cruise ships is actually an opportunity and not a setback for Alaska tourism.

While Alaska’s cruise ship industry and its overland routes have been severely impacted by decisions made outside of the state, Dunleavy firmly declared Alaska is open for business, singling out Wallethub and others sites rating Alaska as the safest state in the country. He attributed the positive perception to the state’s management of the virus, especially the vaccine rollout, and the fact that COVID-19 deaths in Alaska are among the lowest in the U.S.

“We're probably going to hit herd immunity sooner than any other state, and probably any other country,” said Dunleavy. “What we want to do is make sure the world knows that we are a safe state and that we are open for business.”