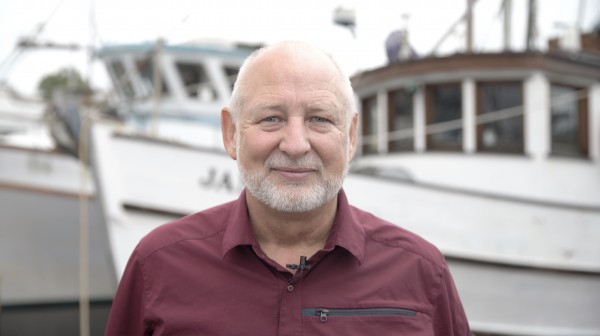 The Columbia & Snake River system is an outdoor enthusiasts’ mecca, and extending our style of adventure there is a natural fit, In order to make it an UnCruise, we need to slow down, take time to kayak, sightsee by skiff, and go hiking. We purposely build flexibility into our itineraries to make each day the best day possible. 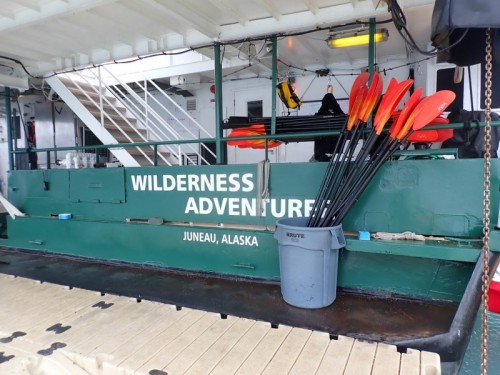 Known for off-the-beaten-path adventures, UnCruise Adventures has launched its 2018 schedule of small ship cruises highlighted by a new adventure itinerary on the Columbia and Snake Rivers, plus a fresh lineup of itineraries and an expanded selection of ships in Alaska.

The 88-guest S.S. Legacy transforms into an adventure equipped ship to offer kayaking, paddle boarding, skiff excursions, hikes on remote trails, whitewater rafting down the Deschutes River as well as other active adventures. New in 2018, the ship heads to Alaska from April through mid-August, then sails on the Columbia and Snake Rivers from August through November.

Southeast Alaska – 5 new itineraries, 1 additional ship
With the addition of the S.S. Legacy in Alaska, seven ships will sail 10 adventure cruise itineraries on 160 departures lasting one or two weeks from April through September. Homeports are Seattle, Washington; Ketchikan, Juneau, Petersburg and Sitka, Alaska. Five of 10 itineraries are new in 2018 and seven include a visit of one, two or three days in Glacier Bay National Park. The adventure outpost of Haines, Alaska is a new port of call. The Safari Endeavour and S.S. Legacy sail two alternating itineraries between Juneau and Sitka providing more two-week adventure opportunities. The Safari Quest’s new itinerary is specially designed for guests returning to Alaska with explorations of rarely visited wilderness areas. Alaska cruise rates begin at $2,995 per person, based on double occupancy. 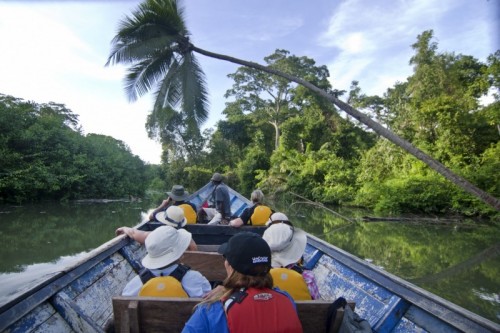 Costa Rica and Panamá
The 62-guest Safari Voyager sails 28 departures one-way between Costa Rica and Panamá (or reverse) from January through April, June, August, and again from October through December. An eight-night Unveiled Wonders itinerary includes a pre-cruise hotel night and a full transit of the Panamá Canal. Monkeys, birds, sea turtles and other wildlife are seen on explorations in national parks, a refuge and conservation areas. Rates begin at $4,395 per person, based on double occupancy.

Panamá
In May, June, August and September, the Safari Voyagerr sails 12 Pure Panamá adventure cruises roundtrip Panamá City. The off-the-beaten-path adventure visits the Guna Yala (formerly San Blas) Islands, Chagres River, Pearl Islands and Darién Jungle. Highlights include a full transit of the Panamá Canal, meeting locals in an Embera village, and a visit to the UNESCO World Heritage Site of Fort San Lorenzo. A pre-cruise hotel night is included in Panamá City. Rates begin at $4,395 per person, based on double occupancy. Many Costa Rica and Panama itineraries may be combined for a 15-night Ultimate Costa Rica and Panamá adventure cruise.

Mexico’s Sea of Cortés
From January through March and December, the Safari Endeavour sails 14 departures on a weeklong Baja’s Bounty itinerary roundtrip San José del Cabo with an included land tour to the ship in La Paz. A week of exploring remote islands and waters in the UNESCO World Heritage Site includes a burro ride into the arroyo in Bahía Agua Verde, snorkeling with sea lions at Los Islotes, desert hikes and marine life searches. Depending on the time of year, guests will either don snorkels and swim with whale sharks (gentle giants) or cross the Baja peninsula to Magdalena Bay to see grey whales and calves up close from panga boats. Rates begin at $3,595 per person, based on double occupancy.

Galápagos Islands
The La Pinta sails five departures on an 8-night Darwin’s Islands and Colonial Quito exploration with six nights on board the ship and two at Casa Gangotena Hotel, an award winning hotel in Quito, Ecuador. Turtles, birds, land iguanas, sea lions, penguins and other wildlife encounters are highlights during expeditions on seven islands—Seymour Norte, Isabela, Fernandina, Rábida, Santa Cruz, Floreana and Baltra. Adventure activities and a visit to the Charles Darwin Research Center are included along with internal air between Quito and Galápagos. Rates begin at $8,545 per person, based on double occupancy.

Hawaiian Islands
The Safari Explorer sails 22 departures on a Hawaiian Seascapes itinerary one-way between Moloka’i and The big Island of Hawai’i (or reverse) from January through March and November through December. The island hopping cruise visits Maui, Lana’i, Moloka’i and the big island of Hawai’i. An overnight and full day on Moloka’i explores traditional Hawaiian culture with locals in Halawa Valley, as well as a Pa’ina feast in the evening. Snorkeling and small boat explorations unveil the underwater universe of marine life—dolphins, tropical fish, whales, green sea turtles and a night snorkel with Giant Pacific Manta rays. Rates begin at $3,995 per person, based on double occupancy.

Coastal Washington and British Columbia
In spring and fall, 10 departures on a weeklong Explore! Olympic Wilderness and San Juan Islands adventure sails roundtrip Seattle exploring coastal Washington shores from South Hood Canal to the Olympic Peninsula and around the San Juan Islands. The Wilderness Discoverer sails the itinerary in spring with the Safari Quest taking over in the fall. The Safari Quest also sails 10 departures on a weeklong British Columbia’s Yachters’ Paradise itinerary in spring and fall from Seattle. Highlights include high tea at Victoria’s Empress Hotel, gunkholing and paddling among islands and inlets and a visit to Princess Louisa Inlet and Chatterbox Falls. Rates begin at $2,495 per person, based on double occupancy.

With a focus on exploring nature and wildlife outside, the line carries its own adventure equipment and employs a team of knowledgeable expedition guides to lead adventures off ship. Guests are immersed in the destination and can choose from varying levels of activities—kayaking, hiking, beachcombing, paddle boarding, snorkeling, skiff excursions and wildlife searches.

Inclusive cruises are available in nine destinations and include fresh, innovative meals; all beverages including alcohol; adventure activities; transfers day of cruise and wellness amenities. Port taxes and fees are additional. Theme cruise topics include photography, marine biology, ornithology, music, wellness, wine and craft beer. A family Discoveries program encourages families to bring children eight years and older along with a savings of $500 for kids ages eight to 13 years old. To book or to request additional information, contact your travel agent or UnCruise Adventures at 888-862-8881 or sales@uncruise.com.