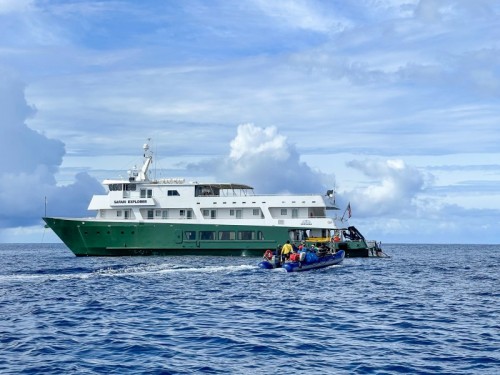 As we enter 2022, cruise lines are rolling out their traditional Wave Season specials that offer deals, perks and incentives to book a future cruise not just for this year, but for cruises sailing well into the future.

Wave Season -- typically January to March of any given year -- is often one of the best times to find deals on cruises for the coming year. Rather than offering sweeping discounts (which, admittedly, lines still do from time to time), expect cruise lines this year to start really rolling out the perks -- things like complimentary drink packages, included gratuities, onboard credits, and reduced single occupancy supplements.

In many cases, these bundled perks can save hundreds -- if not thousands -- of dollars on select departures.

Here are the Wave Season deals you don't want to miss as we head into 2022:

Mega Activities or Laidback Luxury: Which Cruise Line is Best for You? | MSN
When's the Best Time to Cruise Alaska? | TripSavvy.com
Cruise Critic Names the Best Cruise Ships of 2022 | Kake.com
The Best Time to Cruise Alaska for Northern Lights | Family Cruise Companion
UnCruise - Stay Inspired with Small Ship Adventures | Elevated Magazines
Take a Winter Sports Cruise with this New Offering from UnCruise | Trazee Travel
Some modules are disabled because cookies are declined. Accept cookies to experience the full functionality of this page.
ACCEPT COOKIES
We use cookies to optimize the website, no personal information is stored. Learn more
DECLINE COOKIES ACCEPT COOKIES