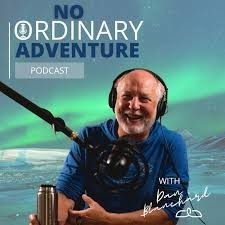 When it comes to Captain Dan Blanchard—he’s the real thing. Dan grew up in Washington State, living and working on boats since he was a kid. He spent years exploring winding waterways, beachcombing on remote shores, oyster picking and clam digging, and learning to skin dive. Life on the water is part of his genetic makeup.

Dan was a Sea Scout, and National Boatswain Mate at 16. He received his ship Master’s License at 18 and has gone on to live a storied-tale from owner of Blanchard Marine to Captain of sightseeing vessels to Director at Cruise West and Vice President of Operations; in 1999, he joined American Safari Cruise, he went on to acquire the company in 2008 launching Innersea Discoveries now known as UnCruise Adventures.