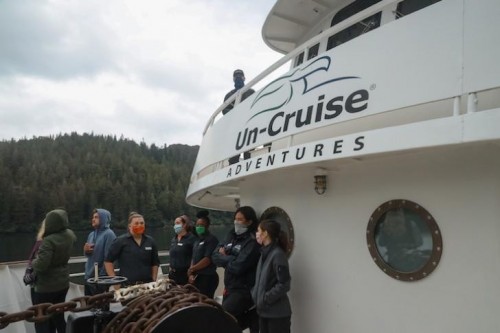 The FMC report concludes that when considered on a per capita basis, there may not be another state in the U.S. paying as high a cost from passenger ships not sailing than Alaska.

The report examines the economic impact of Covid-19 on the cruise industry in Alaska, Washington, and Oregon. It is the second report Commissioner Sola has issued in what will be a series examining economic impacts to specific geographic regions. As part of the report’s information gathering, Commissioner Sola traveled to the Alaskan cities of Anchorage, Whittier, and Seward where he met with elected officials, port directors, business executives, and labor leaders. The report he issued examines 16 Alaskan ports as well as ports in Seattle and Astoria, Ore.