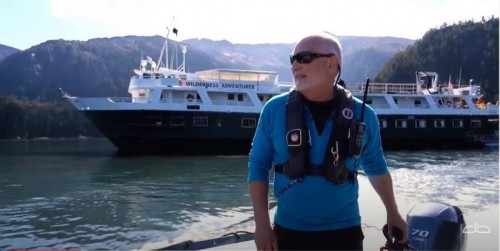 Days after celebrating its return to service as the first North American cruise line, small ship operator UnCruise Adventures announced its cruise ship is returning to port and future Alaska cruises are canceled after a passenger tested positive for COVID-19. The news comes as multiple cruise ships have been confronted with the same problem and the Cruise Lines International Association announced a further 45-day suspension for U.S. ocean cruises.

The American owned, U.S. flagged small cruise ship the Wilderness Adventurer departed Juneau, Alaska on August 1 on what the company had promoted as a 7-night Glacier Bay National Park Adventure with an enhanced wilderness itinerary. In announcing the program, UnCruise Adventures owner and CEO Dan Blanchard said, “As one of the first companies to restart service, this is a pivotal moment for the travel industry and Alaska. These initial departures represent a re-framing of what adventure travelers are increasingly looking for, small groups, inclusion, and human connection.”