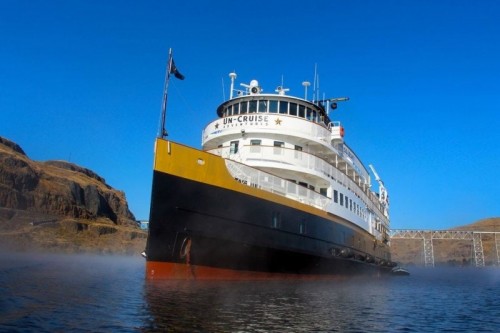 Canada has reinforced a ban on cruises for another year through February 2022, dealing one more blow to an industry already reeling from government-ordered shutdowns and new regulations.

The ban has sparked some talk of a possible temporary — though unlikely — exemption to the Passenger Vessel Services Act (PVSA), which has similar requirements to the Jones Act, to allow the huge foreign-flag ships to sail. U.S.-flag tour boat companies and other businesses in states like Alaska count on passengers from those ships which often start cruises in or visit Canada.

One small U.S.-flag operator who will be sailing in Alaska nevertheless called the ban devastating for so many others in the industry who will go another year with no revenue. “It’s a tough, tough situation,” Capt. Dan Blanchard, owner and CEO of overnight cruise operator UnCruise Adventures, Seattle, said Friday, the day after the ban was announced. “I’m a small ship operator that stands to benefit, but this is the worst fricking news we could have.”