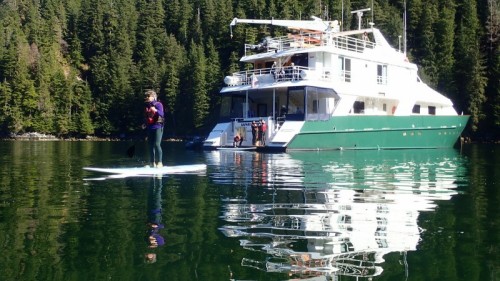 America’s small cruise ship industry will be operational in Alaska in 2021 despite what they are terming the devastating decision by Canada to bar large cruise ships and recommend against cruise travel. The repercussions of Canada’s decision hit far beyond the large cruise companies into Alaska’s towns and small businesses that depend on revenue from cruise passengers. For that reason, talk is also beginning to possibly waive U.S. regulations that would prevent large cruise ships from reaching Alaska before 2022.

“Alaska here we come,” says Dan Blanchard, CEO of UnCruise Adventures and a leader of the coalition of small cruise ship operators. “It is a resounding yes we can operate,” said Blanchard highlighting that his company and peers sail American flagged vessels manned with American crews. The company’s cruise ships will be able to transit Canadian waters under longstanding treaties between Canada and the United States.