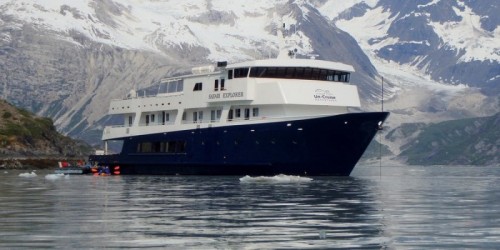 When Canada announced a ban on cruising through February 2022, it seemed at the time to deliver a fatal blow to Alaska’s summer cruise season, which fuels a $1.2-billion industry for the 49th state.

But on a Zoom call with reporters on Monday to promote his state’s tourism industry, Alaska Governor Mike Dunleavy said he remained “hopeful” that a solution could be reached that would allow big ships to come to his state in 2021.

The first possible path toward this goal is a legislative one.

“We're a seasonal cruise destination,” said Dunleavy. “Here in Alaska, we're going to need to know soon, within the next few weeks” if bills introduced in Congress by an Alaskan delegation — Senators Lisa Murkowski and Dan Sullivan and Rep. Don Young — are going to move forward. If passed, the legislation would allow cruise ships to sail to Alaska without requiring a stop in Canada, as U.S. law would normally require.